Imagine if scientists, statisticians and policy makers practiced what we teach. They would rarely be able to say anything about causation in realistic settings because experiments, however ideal, are often impractical. They would have to qualify every conclusion with an unverifiable "if the assumptions hold." When faced with data from a non-randomized trial, they would be paralyzed by "other factors" which might be the underlying cause of the observed effect. Instead of being empowered by their study of statistics, they would be hobbled.

We believe that students in introductory courses should see how and why statistics can guide them in making decisions and taking action in realistic settings, even when data are observational and confounded. We share a broad vision of the importance of modeling, simulation, and computation and have reconsidered many traditional topics in introductory statistics and statistical literacy courses. We'll describe and debate the sometimes differing steps we've taken to make our courses relevant to decision making and consider opportunities for - and obstacles to - making change happen. 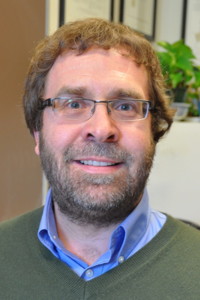 Nicholas Horton received his doctorate in Biostatistics (with minors in Psychosocial Comorbidity and Theoretical Statistics) from the Harvard School of Public Health in 1999. He is a Professor of Mathematics and Statistics at Smith College. He has published more than 100 papers in the statistical and biomedical research literature as well as co-authored 3 books on statistical computing. Nick's research in statistics education has focused on informal inference, the role of multiple regression as a component of introductory statistics, and ways to utilize modeling early in the curriculum to help communicate the excitement of statistics. Nick was the recipient of the Waller Education Award from the American Statistical Association in 2009. He also received an excellence in teaching award from the Boston University School of Public Health, from the Smith College Student Association and received the Smith College Sherrerd award for distinguished teaching. He is a Fellow of the American Statistical Association (ASA) and serves on the Board of Directors of the ASA. Nick also founded the statistics haiku project. 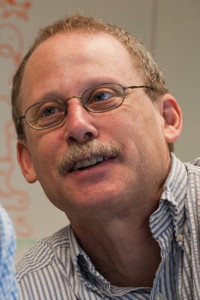 Daniel Kaplan is the DeWitt Wallace Professor of Mathematics, Computer Science, and Statistics at Macalester College in Saint Paul, Minnesota. His doctorate is in biomedical engineering. He's authored "Understanding Nonlinear Dynamics," "Introduction to Scientific Computation and Programming," and "Statistical Modeling: A Fresh Approach." He directs Project MOSAIC, and NSF-sponsored project that is seeking to forge stronger connections among modeling, statistics, computation and calculus in the undergraduate curriculum. He's been deeply involved in curriculum development in quantitative and statistical literacy, culminating in the launch of a liberal arts epidemiology course. In 2006, he won Macalester's annual Excellence in Teaching award. More than half of all students at Macalester take one or more of the introductory courses he's developed. Among his current projects is a big-data oriented introduction to computation for science students sponsored by the Howard Hughes Medical Institute.

"Envisioning a Future Teacher of Statistics in K-12 Classrooms"

Over the last 20 years in the U.S., statistics and probability have become a more prominent part of K-12 curricula. Advanced digital tools have also radically changed what is possible in the teaching of early statistics and probability concepts. While teacher preparation programs are making progress in providing appropriate courses and experiences for preparation for teachers to engage K-12 learners in meaningful statistical tasks with digital tools, these programs may still be lacking elements to prepare the next generation of teachers of statistics in K-12. This session will highlight content from the Common Core Standards for Mathematics, and digital tools to enhance learning statistics. We will consider possible ways to envision a future teacher of statistics and take a critical stance towards future directions in K-12 curricula and preparation of teachers for K-12 statistics education. 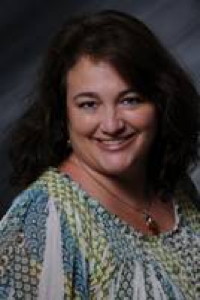 Hollylynne Lee is an Associate Professor of Mathematics Education at North Carolina State University. Her work in statistics education, spanning 15 years, began with developing the Probability Explorer software and conducting research on young learners' ability to reason about probabilistic phenomena through a simulation approach. This work, combined with her focus on using technology tools in teacher preparation, led to several NSF grants to consider how to best prepare mathematics teachers to teach with technology. Her work has led to numerous research publications and two textbooks for use in teacher preparation. She is a two time awardee of the National Technology Leadership Initiative Fellowship, in 2002 and 2012, co-sponsored by the Association of Mathematics Teacher Education [AMTE] and the Society of Information Technology and Teacher Education. Hollylynne is currently a member of the Technology Committee for AMTE and the Research Advisory Board of the Consortium for the Advancement of Undergraduate Statistics Education, and has participated in several working groups sponsored by the ASA on the future of statistics education research and graduate programs.

"Energizing Higher Education for Statistics and Beyond: T=(IE)2"

The T in the title represents the T-shaped education, which places emphases on both depth and breadth. There has been rather substantially increased attention to and demand for developing T-shaped students, who will not only possess the traditional in-field expertise but also a broader set of perspectives, knowledge, and skills, especially communication and social skills. Interdisciplinary Education, the first IE in the title, which includes learning opportunities of an interdisciplinary nature and from a wide variety of fields, is well understood to play a critical role in providing the broad perspectives and skill sets our students need in T-shaping themselves. Statistics, being fundamentally an interdisciplinary field, therefore has much to offer for T-shaped education for all students, regardless of their majors or minors. Intriguingly, the T-shape metaphor also provides a recipe on how to achieve T-shaped education in a more engaging way, with interdisciplinary education only representing its horizontal stroke. There is a vertical IE that can greatly reinforce and complement the first IE. The meaning of this second IE can be inferred from the rest of this sentence or discovered at the talk, which will provide my experiences and observations of its effectiveness from having led or co-led two Graduate Seminars for General Education: Stat 305: Statistical Fallacies and Paradoxes: A Cartoon Guide and Stat 265 (co-taught with Joe Blitzstein): Statistical Mathematics. 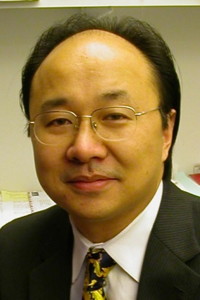 Xiao-Li Meng is the Dean of Harvard University's Graduate School of Arts and Sciences (GSAS), Whipple V. N. Jones Professor and former chair of Statistics at Harvard, an Honorary Professor of the University of Hong Kong, and a faculty affiliate at the Center of Health Statistics at the University of Chicago. He is well known for his depth and breadth in research, his innovation and passion in pedagogy, and his vision and effectiveness in administration, as well as for his engaging and entertaining style as a speaker and a writer. Meng received the 2001 COPSS (Committee of Presidents of Statistical Societies) Award and was elected Fellow by Institute of Mathematical Statistics (IMS) in 1997 and by American Statistical Association (ASA) in 2004. He is internationally known for his Real-Life Statistics: Your Chance for Happiness (or Misery), a general education course at Harvard that he designed and taught with the help of his "Happy Team," a dozen masters and PhD students in statistics. Meng advocates that faculty members at top research universities should possess "both beautiful minds for research and beautiful hearts for teaching."

"The Need for Speed in the Path of the Deluge"

There is a rapidly increasing awareness of the so-called "data deluge": the explosion in quantities of data being collected, the explosion of settings in which it is being collected, and expansions in the conceptions and scope of what constitutes data. This is accompanied by advances in ways of visualising data and accessible data-visualisation tools. Consequently, it is imperative to find ways to get students much further, much faster and with better comprehension - a quantum leap in ambition. What can make this possible are some of the same things that gave rise to the deluge, computational power and clever software. We will advance some strategies that envisage maximising awareness and excitement about data and what it can do for you and only later back filling details. We also provide glimpses of two software projects beginning to enable such a future - a fleeting encounter with some data-analysis software followed by a more in-depth look at visualisation approaches to bootstrap and randomisation inference. 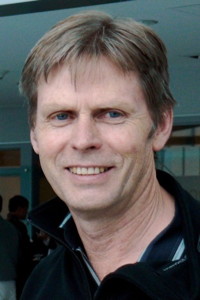 Chris Wild (www.stat.auckland.ac.nz/~wild) is Professor of Statistics at the University of Auckland, New Zealand (the largest statistics department in Australia and NZ and the birthplace of R) and co-author with G.A.F. Seber of "Nonlinear Regression" and "Chance Encounters". He works on methods for analyzing data from complex and biased sampling mechanisms and also on statistics education where he has worked on more accessible ways for people to think about data, about the processes of investigation, and about learning from data with a present focus on visual inference. His best known statistics education paper is "Statistical Thinking in Empirical Enquiry" with Maxine Pfannkuch (1999, Int. Statist. Review). Chris is a Fellow of the ASA, a Fellow of the Royal Society of New Zealand (NZ's national science academy) and is a former President of the International Association for Statistics Education. He is currently an Editor of the International Statistical Review, and has been an Associate Editor of Biometrics, SERJ, and ANZJS. He was Head of Auckland's Department of Statistics 2003-2007 and co-led the University of Auckland's first-year statistics teaching team to a national teaching award in 2003.