An astonishing change has taken place in the statistics curriculum in the past 25 years. Or has it? Certainly great new books, materials, labs, technology, and activities are available. Has this brought us closer to achieving our goal of statistical literacy for all college students? Are students able to obtain the depth of statistical knowledge needed for their specializations? Is statistical thinking permeating the quantitative world? Answers to such questions depend on perusal of both school and college curricula and the articulation between them. 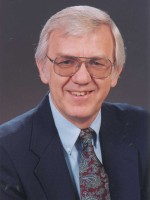 Richard Scheaffer is now Professor Emeritus of Statistics, University of Florida. His research interests are in sampling and applied probability, but he has devoted much of his career to statistics education. He is co-author of five college-level textbooks covering introductory statistics as well as aspects of sampling, probability, and mathematical statistics. In the 1980's, he was one of the developers of the Quantitative Literacy Project of the American Statistical Association (ASA), which influenced the data analysis strand in the NCTM Standards. Dr. Scheaffer directed the task force that developed the Advanced Placement Statistics Program and served as that program's first Chief Faculty Consultant. He is a Fellow and past president of ASA. 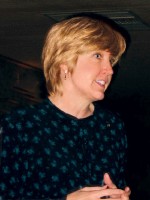 Ann Watkins is Professor of Mathematics at California State University, Northridge. She recently finished two years as president of the Mathematical Association of America, having served previously as second vice-president, governor of the Southern California Section, member of the Monthly's Board of Editors, and co-editor of the College Mathematics Journal. She is a former chair of the Advanced Placement Statistics Development Committee and the co-author or co-editor of thirteen books including Activity-Based Statistics and Statistics in Action. She was selected as the 1994-1995 Cal State Northridge Outstanding Professor and won the 1997 Cal State Northridge Award for the Advancement of Teaching Effectiveness and the 2004 Cal State Northridge Extraordinary Service Award. In 1999, she was elected a Fellow of the American Statistical Association.

"How Did Teaching Introductory Statistics Get to Be So Complicated?!?"

This talk will illustrate three observations regarding student learning and explore their implications for the way in which introductory statistics is taught.

Roxy Peck is Associate Dean of the College of Science and Mathematics and a Professor of Statistics at Cal Poly, San Luis Obispo.

Professional experience: Roxy has been on the faculty at Cal Poly since 1979, serving for six years as Chair of the Statistics Department and currently in her eighth year as Associate Dean of the College of Science and Mathematics. During that time, Roxy has been very active in the field of statistics education. She is the co-author, with Jay Devore, of the fifth edition of Statistics: The Exploration and Analysis of Data, and with Chris Olsen and Jay Devore of the second edition of Introduction to Statistics and Data Analysis, and co-editor of Statistical Case Studies: A Collaboration Between Academe and Industry. She is past-chair of the ASA's Section on Statistical Education and is currently chair of the joint ASA/NCTM Committee on Curriculum in Statistics and Probability for Grades K-12.

Much of Roxy's recent work has involved the Advanced Placement program in Statistics. She served as Chief Faculty Consultant for this program from 1999 to 2003, and was responsible for overseeing the grading of exams given to tens of thousands of students. She has also conducted teacher training workshops related to this program and has given numerous presentations at professional meetings.

Education: Roxy holds a Ph.D. in Applied Statistics from the University of California at Riverside, as well as a M.S. in Mathematics and a B.A. in Social Sciences.

Personal: Roxy spends her free time reading mystery novels. She heads for New Mexico whenever she can, and is a collector of Navajo rugs.

Research reports typically omit the description of where the idea for the research came from. In this presentation, I attempt to reconstruct the beginnings of and inspiration behind several of my studies and make some observations about this question-formation process. Of course, the thought process leading up to a study is irrelevant to the question of whether there is scientific support for the conclusions we draw from our research. However, generating fruitful research ideas is undoubtedly the most important and challenging part of our enterprise.

Cliff Konold is Associate Research Professor in the Scientific Reasoning Research Institute at the University of Massachusetts, Amherst where he has directed numerous projects focused on understanding and developing statistical reasoning. He currently directs the NSF-funded Tinkerplots project, which is developing data-analysis software and curriculum materials for the middle school. This work builds on his many years of research studying how both young children and adults reason about chance and data and on the role technology can play in the development of their thinking.

"I want to teach a modern, data-driven, activity-rich, conceptually-based, technology-enhanced, authentically-assessed introductory statistics course like I've been hearing about at USCOTS. I've seen lots of interesting ideas, but now I have to go back and see what can actually be done in my own teaching situation. Once I'm back "home" where can I find the resources I need to support the changes I want to make and how might I go about using them?" This is an important question to answer. We'll offer our best advice for strategies and ideas for incorporating teaching resources into your classes in this session.

Robin Lock is the Jack and Sylvia Burry Professor of Statistics at St. Lawrence University, where he has taught since 1983 after receiving his Ph.D. in Mathematics & Statistics from UMass-Amherst. He has published papers and been invited to speak at numerous conferences and workshops on new methods, uses of technology, and web resources for teaching statistics. He recently co-authored with Rossman & Chance a version of the Workshop Statistics book incorporating the software package Fathom. He was elected a fellow of the American Statistical Association in 2000, is the current chair of the ASA/MAA Joint Committee on Undergraduate Statistics and chair-elect of the ASA's Section on Statistical Education. In addition to his work in statistics education, Robin is interested in applications of statistics in sports and edits the "Statistical Sports Fan" column in STATS magazine. 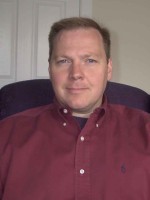 Roger Woodard is an assistant professor in the Department of Statistics at the North Carolina Sate University. Dr. Woodard received his doctorate from the University of Missouri-Columbia. He has extensive experience in the use of technology and teacher training issues in the undergraduate classroom. Dr. Woodard currently serves simultaneously as the editor of the CAUSEweb resource library and the editor of MERLOT-Statistics, both which are prominent digital libraries of statistics teaching materials. He has conducted extensive research in the use of learning styles in teaching introductory statistics. Dr. Woodard specializes in statistics education and training of instructors.

According to J. Abner Peddiwell's The Saber Tooth Curriculum, "The important thing is to recognize the principle, not to do obeisance before one of the cogs of its mechanism." In my talk I plan to argue that despite laudable changes in content and broad agreement about what we should teach in the introductory statistics course, far too much of our energy is still devoted to mere cogs in the mechanism. I'll offer some thoughts about historical reasons for this shortsighted preoccupation, then get specific about what this costs in terms of student learning, what it is that I think we should scrap, and what things I'd like to see us teach instead.

Whether catapulting gummy bears to demonstrate to his students the fundamentals of experimental design or chairing national committees on undergraduate education in his field, George Cobb is always focused on finding new and better ways to teach statistics. He has written and spoken widely to varied audiences of statisticians, mathematicians, and educators, and has led major initiatives in statistical education. He was chair in 1990-1991 of the focus group on statistics of the Mathematical Association of America and from 1990 to 1999 of the Joint Committee on Undergraduate Statistics of the Mathematical Association of America and the American Statistical Association. He served on the committee that founded the Journal of Statistical Education in 1993 and then was its associate editor for five years. In 1993 he was elected a fellow of the American Statistical Association and in June 2003 was elected to serve a three-year term as vice president of that organization.