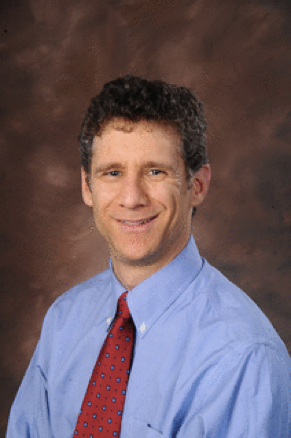 "Changing everything at once: Student-centered Learning, computerized practice exercises, evaluation of student progress, and a modern syllabus to create a completely new introductory statistics course"
with Andrew Gelman, Columbia University

Abstract: It should be possible to improve the much-despised introductory statistics course in several ways:  (1) altering the classroom experience toward active learning, (2) using adaptive software to drill students with questions at their level, repeating until students attain proficiency in key skills, and (3) standardized pre-tests and post-tests, both for measuring individual students’ progress and for comparing the effectiveness of different instructors and different teaching strategies.  All these ideas are well established in the education literature but do not seem to be part of the usual statistics class.  We would like to implement all these changes in the context of (4) a restructuring of the course content, replacing hypothesis testing, p-values, and the notorious “sampling distribution of the sample mean” with ideas closer to what we see as good statistical practice.  We will discuss our struggles in this endeavor.  This work is joint with Eric Loken.

Bio: Andrew Gelman is a professor of statistics and political science and director of the Applied Statistics Center at Columbia University. He has received the Outstanding Statistical Application award from the American Statistical Association, the award for best article published in the American Political Science Review, and the Council of Presidents of Statistical Societies award for outstanding contributions by a person under the age of 40. His books include Teaching Statistics: A Bag of Tricks (with Deb Nolan), Bayesian Data Analysis (with John Carlin, Hal Stern, David Dunson, Aki Vehtari, and Don Rubin), Data Analysis Using Regression and Multilevel/Hierarchical Models (with Jennifer Hill), Red State, Blue State, Rich State, Poor State: Why Americans Vote the Way They Do (with David Park, Boris Shor, and Jeronimo Cortina), and A Quantitative Tour of the Social Sciences (co-edited with Jeronimo Cortina). Andrew has done research on a wide range of topics, including: why it is rational to vote; why campaign polls are so variable when elections are so predictable; why redistricting is good for democracy; reversals of death sentences; police stops in New York City, the statistical challenges of estimating small effects; the probability that your vote will be decisive; seats and votes in Congress; social network structure; arsenic in Bangladesh; radon in your basement; toxicology; medical imaging; and methods in surveys, experimental design, statistical inference, computation, and graphics. 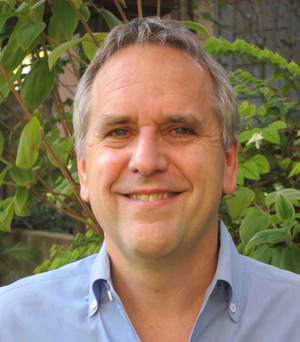 Abstract: In the Fall of 2015, my colleagues and I have offered a freshman-level undergraduate course at Berkeley that gives "Data Science" substance as a fine-grained blend of rich intellectual traditions in computer science and statistics.  Computer science is more than just programming; it is the creation of appropriate abstractions to express computational structures and the development of algorithms that operate on those abstractions.  Similarly, statistics is more than just collections of estimators and tests; it is the interplay of general notions of sampling, models, distributions and decision-making.  Our course is based on the idea that these styles of thinking support each other.  In teaching statistical inference, rather than making use of formulas and asymptotic justifications, we teach the computing concepts needed to transform and visualize data and to implement resampling-based inferential procedures.  Students learn to program (in Python), learning the language gradually in the service of increasingly sophisticated data analysis problems.  Moreover, students work throughout with real data sets and learn to draw substantive conclusions.  This is achieved in part by a set of two-unit "connector courses"in various disciplines that augment and ground the material taught in the core class.We discuss some of the lessons learned, emphasizing the main lesson---this has been a strikingly successful way to introduce university-level students to statistics.

Bio: Michael I. Jordan is the Pehong Chen Distinguished Professor in the Department of Electrical Engineering and Computer Science and the Department of Statistics at the University of California, Berkeley. He received his Masters in Mathematics from Arizona State University, and earned his PhD in Cognitive Science in 1985 from the University of California, San Diego.  He was a professor at MIT from 1988 to 1998. His research interests bridge the computational, statistical, cognitive and biological sciences, and have focused in recent years on Bayesian nonparametric analysis, probabilistic graphical models, spectral methods, kernel machines and applications to problems in distributed computing systems, natural language processing, signal processing and statistical genetics.  Prof. Jordan is a member of the National Academy of Sciences, a member of the National Academy of Engineering and a member of the American Academy of Arts and Sciences.  He is a Fellow of the American Association for the Advancement of Science. He has been named a Neyman Lecturer and a Medallion Lecturer by the Institute of Mathematical Statistics.  He received the David E. Rumelhart Prize in 2015 and the ACM/AAAI Allen Newell Award in 2009.  He is a Fellow of the AAAI, ACM, ASA, CSS, IEEE, IMS, ISBA and SIAM.